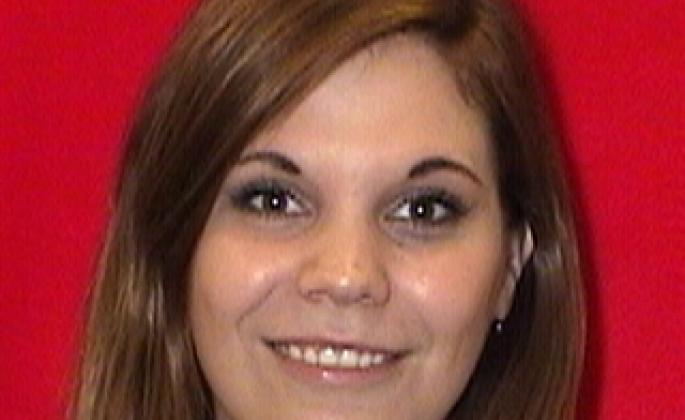 Autumn graduated from SSU in 2010 with a BA in French .

Tell me about your studies at SSU (major, minor, activities, study abroad, etc.)

Oh, man, it’s been so long. I majored in French and Psychology—double-majored. I didn’t study abroad…but I did attend French club sometimes, if that counts?

While you were at SSU, did you have any idea what you would do after graduation? / How did your studies or activities at SSU influence your future job choices?

I thought I was going to become a psychologist. French was my “fun major”! Basically, I started taking French classes for credits to graduate and at a certain point I realized that I could take enough classes for a major. So, I did. And then I decided that I loved French language and culture and I went back to what I wanted to ever since I was little—like 6 years old—which was teach. I thought I was going to teach English. But then I fell in love with French and with learning a new language, which is like…magic. Like, it opens up whole parts of the world and whole cultures and people that you wouldn’t be able to connect with otherwise. Anyways, that whole experience, learning a new language, reading books in that language, it was just so exciting to me, I thought, “that’s what I want to give other people.” I found something I loved, something I was passionate about and thought “I want to help other people find that too.”

What have you been doing since completing the French Program at SSU?

So, after I graduated, I applied to TAPIF and got in. So, I went to Lille for a year—well, like 8 months—and taught English at two collèges in the north of France. And that was awesome. Well, it was scary but awesome. Like, I had to figure everything out on my own. I didn’t know how to find an apartment or get internet or open a bank account or even where to buy things like toilet paper. At some points I had no money at all. At the beginning I didn’t have any furniture, even a bed to sleep on. But it was amazing too because I made friends and I traveled and I ate maroilles and got to know my little corner of France so well that it became home. And it was hard to leave. I still remember the streets and the buildings and the McDonalds where I used to use the Wi-Fi…and I miss it.

Anyways, while I was in Lille, I decided to apply to grad programs in French so that I could eventually teach French at a college or university, and I got accepted to a doctoral program at Johns Hopkins. So, here I am! I’ve been here for…too long. Grad programs are hard (you did warn me). But I’m working on a really interesting topic which is comparing early modern spiritual autobiographies written by female Catholic mystics with libertine fiction written in the female voice. And I’m trying to show the resonances in the erotic and religious literature, which are, obviously, distinct genres with distinct readerships, but still they existed in the same world. And I’m interested in looking at the experience of the woman—the extraordinary or unconventional or marginal woman--as portrayed in these texts. And I’ve presented papers at conferences in Europe and the US. That’s always the best part is getting to talk to other people with cool projects and having them get excited about your research too.

Study abroad. Definitely study abroad. And take advantage of all of the awesome opportunities at Sonoma State. You don’t know how they might change your life. Oh, and take hard classes sometimes. You’ll learn and grow the most in those classes.

Where do you see yourself 5 or 10 years from now?

Hopefully teaching French literature at a college or university somewhere. Anywhere, really. Still traveling, I hope, meeting other researchers and getting excited about new projects. And still learning and discovering things. That’s just the best.