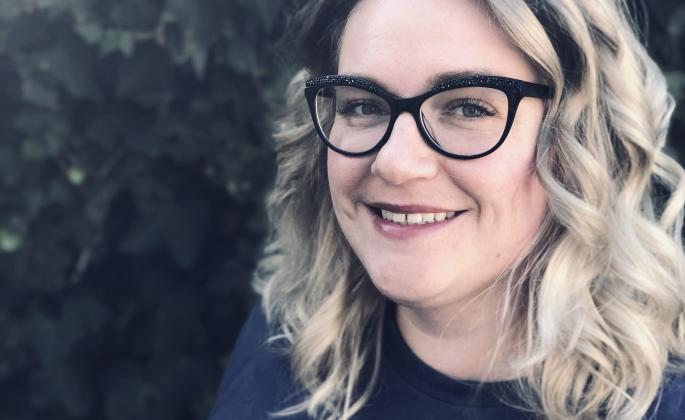 Stephanie graduated from SSU in 2009 with a BA in French.

Like most people, the answer is no: I had no set path or goal. French was the easy major for me.  After a Rotary exchange, I could speak French but I didn’t know what I wanted to do. SSU seemed fun: a smaller school, not too far from home, with a French program.

Language has played a part in all of my careers and jobs. First, I worked for a study abroad company that sent high school students to France and Spain and brought students from those places to the Bay Area. I was also giving presentations in language classrooms about our programs. I landed in translation and localization, which is a broader concept involving making translation culturally appropriate, with colloquialisms and so on. The majority of our work is for companies that have a service or a product; they want people in a given market to believe the product is created for them. (This is different from transcreation, which involves engaging speakers who read the original, get the gist of it, and then create a document directly in the target language.) I am a project manager – the client comes to me because they need something translated; I give them a quote on cost, then work with linguists all around the world, supervising translations, editing, Q/A checks, formatting with desktop publishing tools, etc. If it’s an app, we would do a beta version with linguists in the market. I am working now with an automotive plant that is making a smart car, and is working with engineers, testing cars remotely. The globality of the industry is mind-blowing – we span ten time zones, and there are projects happening 24/7. People are in Thailand, the UK, everywhere… and all comes down to language.

I have been at all levels of the industry. Early on, I was a project coordinator, but have held many other positions at a variety of levels. Now I’m in the thick of things, soup to nuts: I give quotes, assign projects, resource translations, and deliver the final product.  I’ve been at a higher level, developing language strategies, with style guides and glossaries for certain terms. I deal with the feel and tone a client wants to project to customers. Although I’ve had lots of exposure to different areas of industry, I’m very happy being a Project Manager, getting that work done on a daily basis. I interact with tons of people all over the globe.

For my first job, I used Monster, an online job site. My resume was posted to the site, I was called, and we talked. It turned out I landed in a big global industry, in the core of global economics. If you have a product to sell, you need to have product materials translated. I had never thought about it before they contacted me. I knew it had to happen, but didn’t think about how products get from A to Z and how they are customized. It’s a small industry – I have worked with 20 different people in various companies in various roles; I never burn a bridge because I could encounter the same people again.

Now I’m at Acclaro. After a while, new jobs come about through peers and former companies. I’m really happy at Acclaro – it has a great company culture. People are mature and intelligent and understand why we are doing what we are doing. It’s a boutique translation firm, not counting freelancers, with a huge vendor database and over 100 different languages. We have roughly 200 employees. A lot of movement in this industry is not unusual. I’m still in contact with people from my first job, and I have moved every two or three years. I have been here almost two and a half years.

I understand another language – that is a huge asset.  I have to help “finalize” documents – proofing, including some in Spanish as well. On basic grammar points (like noun/adjective agreement), I sometimes have to educate clients. I understand language from a foundational perspective; not everyone understands how translation works. You can’t just pop text in Google Translate and get the right outcome! I’m able to speak to linguists and language leads. Fun fact: I can read Romanian, understanding about 80% of it.

A language major doesn’t just teach a language. Language can be a great asset to whatever career path you are most interested in. I am driven by organizations and processes – I’m very detail-oriented. For example, you can bring language into operations management. I love the idea of creating something for a program and pulling levers, building cogs, understanding how it all flows together.

In a perfect world, I’d be on a beach on a private island. In reality, I’ll probably still be working in localization. It’s rewarding, fast-paced at times, but it also has down times.  There are opportunities for improvement; it’s not hard and fast, only a one-way railroad. There are constant peer reviews, including international reviews, where I have to focus on how can I improve the process. I deal with CAPAs – “corrective action, preventative actions,” for example – when some client gets feedback on an error, we dig in and figure out why it happened. We learn from that and implement something into our previously established process to keep it from happening again.

Don’t not study language because you don’t think that’s what you want to do[MOU1] . Even if you have a different career path, if you like language, make it a minor or major. You may have no idea how it will play into your career going forward, but it’s worth it. Early in my career, I did medical device translation; lots of nurses and doctors were doing this. In the global world, it’s so important to understand new languages and other cultures. Neural machine translation and other machine translation is a long way away from being “on call ready.” Only Frankenstein translations come out of a machine!