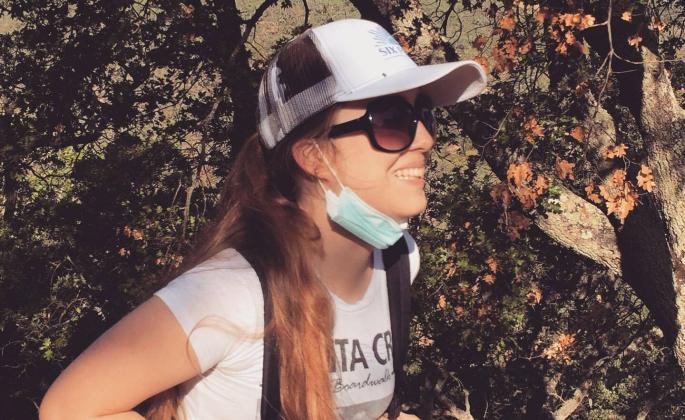 While you were at SSU, did you have any idea of what you would do after graduation?

While I studied abroad, I took a class in literary translation, so I decided to go for my Masters in literary translation after I graduated. I knew I wanted to return to Europe, so I looked at programs in the UK, Ireland, and France.  Of the available programs – five or six were promising – I was accepted into the first one I applied to, which was at Trinity College Dublin, Ireland.  It was a year-long intensive course that followed the Cambridge system, with three trimesters, eight core modules and four elective modules to complete, then a dissertation and portfolio of ten translated works. One of the core modules focused on the history of translation studies, including recent developments in the fields. We focused on theory in the first half of the program, then on practical techniques in the second half.  We also received some vocational training from people who work in the translation field (publishers, translators, etc.).  We had a course in computer-assisted translation tools, especially those most used in the profession.  My dissertation applied feminist translation theory to the translation of children’s literature.  My primary translation was of Alice in Wonderland: I translated it into French, with my work informed by feminist literary criticism, including work by Julia Kristéva, Judith Butler, Gilles Deleuze and Jacques Derrida.  I made Alice’s (now called Alistair) gender identity difficult to discern.  Of course, this was hard to do in French, since it is a gendered language.  I would have liked to work on Le Petit Prince as well, but I ran out of time.  The end product is currently unpublishable in French because it’s not grammatical. But in France, l’écriture inclusive is just coming into its own, and it would be interesting to revisit this translation with the new gender-neutral pronoun just deemed acceptable in French. Feminist translation theory, and destabilizing grammatical gender are directions I’d like to focus on for future study, and might contribute to the translation projects I take on in the future and the kind of PhD program I apply to.

As a French major, I really liked the options within the French Program, which allowed me to focus on history and literature; I also appreciated our work on non-Eurocentric texts (for example, Creole and Cajun literature) as something to explore and with which to broaden my horizons.  The senior seminar opened my eyes to a wide range of francophone texts and identities which I’m eager to continue exploring, and which I was able to use as part of my portfolio for my postgraduate degree.  As an English major, I focused heavily on literary criticism and theory, as well as genre studies.  All of the literature options and avenues in the French Program helped me to solidify my idea of pursuing literary translation, and my exposure to critical theory through my English major helped me pick a more focused path within the field of translation.

What have you been doing since completing your master’s program?

During my first year out, I did work as a free-lance translator, though the program faculty at Trinity advised against it because it’s hard to make a living that way when you’re just starting out (establishing a client base was the main obstacle).  I still want to do literary translation, and would like to get a PhD and teach, but whatever I do, I will continue to translate on the side and research other avenues which might allow me time to devote to it as a profession.  In the meantime, I looked for full-time positions in localization and translation project management, including proofreading, editing, etc.  I now work with a tech company (VACO and Tech Firefly) that outsources for Google and YouTube.  They have a rapidly expanding team of non-English locale language specialists, which will take on auditing advertisements in various languages. I was hired to audit ads in French; they initially wanted French native speakers for the role, but I was able to pass the language exam, and prove my knowledge of the French culture and language to be sufficient enough to deal with content and moderate it, despite not being a native speaker.  The company provides guidelines, and my team and I examine ads according to them.  I’m happy to say that I was able to pass their language test thanks to my many years studying French, first in high school, then at SSU and during my study abroad in Paris.  I have applied to be a team lead, which I have accepted, and which will see me managing the French, Arabic, and Turkish locales for the team.

Do you have any advice for current students?

Pay attention to what you really enjoy.  You may think I “should” do business or math, but keep in mind the classes you really love, because they may lead to a possible career path later on.  Explore different subject matter while you’re in college.  You might not think you will be interested, but you never know! College is the time to explore these avenues, and figure out how you work best with yourself. If things seem like they’re not working, try something new, take a drama class, join a sporting club, you might find that spark somewhere along the way. And if you can, absolutely 100% go abroad! SSU and the CSU abroad program are there to support you every step of the way, and I can say without any hesitation spending a year in another country changed my life for the better. Don’t be scared, don’t hesitate, just go!

What do you think you will be doing 5 or 10 years from now?

My goal is to be accepted into the doctoral program for comparative literature at Berkeley, so I can pursue a Ph.D. in Comp Lit.  That program requires a working knowledge of three languages other than English, so I need to work on that.  This would segue into being an English Professor, and / or a language or translation professor.  I will be looking for a research project that will help me learn more about that, while incorporating my interest in critical theory and translation theory. Translation will always be a backdrop, and I look forward to seeing where it takes me!