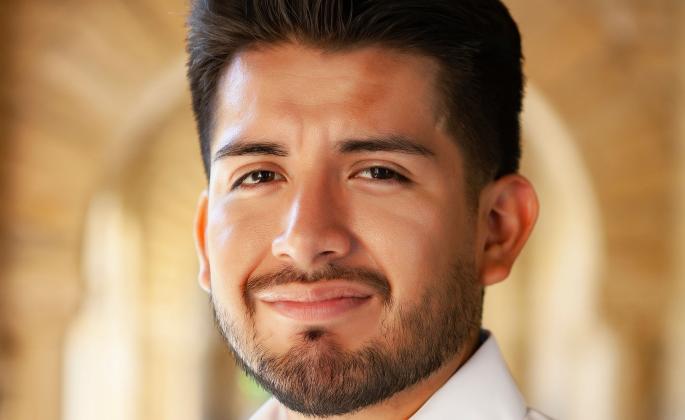 Tell me about your studies at SSU

At Sonoma, I initially came in wanting to study Political Science and minor in French, but after being exposed to the French curriculum, my professors suggested I study abroad, which led to a double major in French and Political Studies.

Study abroad truly is life-changing – there were so many things I never thought I’d have the opportunity to do, or to be exposed to. At the CSU, I could afford to study abroad.  The course work challenged me to think in a different language about different systems and concepts.  It was inspirational and a real resource.  I was forced to speak and study the language and had to adapt and embrace that environment.  I had a host family rather than a separate apartment, and that was one of the best decisions I made in France.  I was able to immerse myself in the culture and the food and the people, and that gave me a very intimate experience of being with a family and learning from their traditions. Coincidentally, my host mother in France was also fostering two girls, and as a former foster youth myself, it was really neat to see all of that come full circle!

Another aspect I appreciated was being exposed not just to French culture but having the opportunity to travel to other countries nearby.  Traveling and meeting people builds confidence, resiliency and social skills, so that aspect of socializing and being resourceful and quick-witted in your conversations translated into a deeper understanding of French culture when I was back at the university in France.

I had the opportunity to continue traveling during winter break, but I really wanted to go to Togo, and that was another meaningful experience in terms of the people and the language.  It was a new kind of French, and I was forced to adapt to the environment and to the new accent. It was a challenge to acclimate and work with people and to use French in a professional setting.  I was no longer just learning the language but using it in that setting, on a different continent – again, it was life-changing.  My first Christmas and New Year’s away from family with a new family was absolutely memorable.  The thing I value most from all these experiences are the people.  Language, you can’t learn in just one year; the food and culture are great; but what I remember most are the people.

Something I’ve noticed recently is that a lot of my work in political science is in some ways still tied to my interest in French and the discipline of French studies.  I wanted to ground myself in international perspectives while maintaining my focus on the US.  In my last year, I was part of the McNair Program and created a research project with a professor, and my interest in the French language and learning about the Caribbean was something I wanted to continue in my studies.  So, even though my work now is not entirely French-focused, I still maintain that interest.  Studying voting rights of nations in the Caribbean that came out of my study abroad experience.

Having done all that, I knew I wanted to pursue graduate school, first at Stanford, where I earned an MA in Latin American Studies after being named an American Political Science Association (APSA) Minority Fellow.  There, a lot of the theories (like ecofeminism) had come out of French philosophical movements.  So, in my thesis, Aire, Tierra y Fuego:  Environmental Trauma and Grassroots Mobilization in Puerto Rico (https://purl.stanford.edu/fb676kf7097), I looked at gender disparities and testimonials from the victims of hurricanes Irma and Maria, and then I also looked at identity.

Now I’m at Michigan State University, taking two years of classes and doing a PhD program in American politics, with a minor in political methodology.  I don’t yet know what my thesis topic will be.

One of my career aspirations is to make political science more accessible and intuitive to the general public.  The dissemination of political science through video is something I’d like to emphasize and I’ve developed a YouTube channel [https://www.youtube.com/channel/UCU06XNXhZykUAqbRRVKnNmg] where I post short videos on power and other concepts in an engaging format.  My main goal here is to build on this platform and make it collaborative and accessible to people, rather than jargon-filled.  I’ve set up the technology to create these videos, and hope to develop an in-person, intimate connection with the audience.  Topics will include the role of race and ethnicity in elections with a video on minority candidates like Ayana Pressley [U.S. Representative for Massachusetts’ 7th congressional district].  I will cover ethnic minorities and the electoral process.  Once there is momentum, I will transition to introductory courses for people outside of the discipline:  What is American politics? What is comparative politics?  What is political science?  These are intended for students who want to get into the discipline.

I definitely encourage students to always attend office hours. I struggled a lot during my first year in college, and my study habits were not on par with those of other students, but I relied on my professors and my academic advisors, which helped me navigate the university and its resources. Having come from the foster care system far away from Sonoma, it was difficult going from a big city to a small town.  So, the advice and guidance of professors was critical, and showed me resources I could not have found on my own.

Get involved!  I was part of Seawolf Scholars, French Club, the McNair Program. It seems like more work, but extracurricular activities cause you to create some balance for yourself. Stay engaged outside of the curriculum, and be proactive.

I hope to finish the PhD within five years or so. I don’t know what I’ll be doing in five, ten, or fifteen years from now, but I expect myself to grow exponentially.  Three years ago, I never expected to be studying abroad, and two years ago, I didn’t know I’d be in a PhD program or know I’d be studying at Stanford. But being engaged forged a path forward for me.  I know that with the help of others, I will continue to grow exponentially and move into new places I don’t yet expect.

My general piece of advice for people is control what you can control and that is what is proximate: a week and three months out at the most. That mentality has helped me find my identity, and understand, albeit more incrementally, what I want to do in life.

I expect that I will create some kind of mission or identity with my YouTube channel and in the collaborations it engenders, especially outside the English-speaking world.  I want to be part of a team where I welcome people who are French-speaking or Spanish-speaking.  My background in different languages is part of who I am, and I want to build from my channel and find meaningful ways to collaborate, gaining international perspectives from other people.  At the end of the day, it’s the people you meet and encounter that matter most in life.  Whether I pursue an academic position or not, I want the channel to be something people consult as they think about the world around them.

For more information on Ray and his journey, or to contact him with questions, visit his website:   https://lopez-raymundo.com/